My most recent cake pop project was treats for a dear friend's daughter's first birthday party. The theme was owls, and since I was recently introduced to Bakerella, I was inspired to make the pops actually resemble the furry birds. Anyone familiar with Bakerella can mentally picture the owls on the cover of the book - the image is practically a cake pop icon.

The first lesson I learned from this project: don't try to replicate an iconic image. My first attempts look more like Frankenstein than owls.


My second lesson: what looks like sloppy asymmetry on one cake pop becomes quirky character by the time I make a dozen. I almost gave up on these little guys because they weren't coming out as well as I hoped, but once I had a critical mass I was actually pretty pleased. 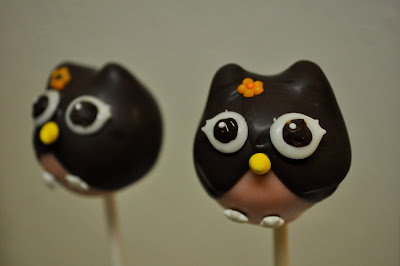 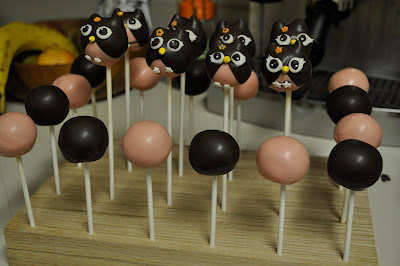